There is nothing that can stand in the way of a mother's wrath, not even my husband.  The General is holding my son captive and I can feel the deep dark beast boiling once again inside me.  I sent a message to the General to release my son on account that we are in a peace treaty but he refused.  Then I sent him three more messages but he still refused to release my son.  So the General sent me a message stating that he did not have to listen to me, especially since I am a woman.  In his note he said that I should be the one to serve him.

Does his archaic mind not know the power that is behind me?  Does he not know that he is messing with the wrong woman?  So I sent the General this final message: 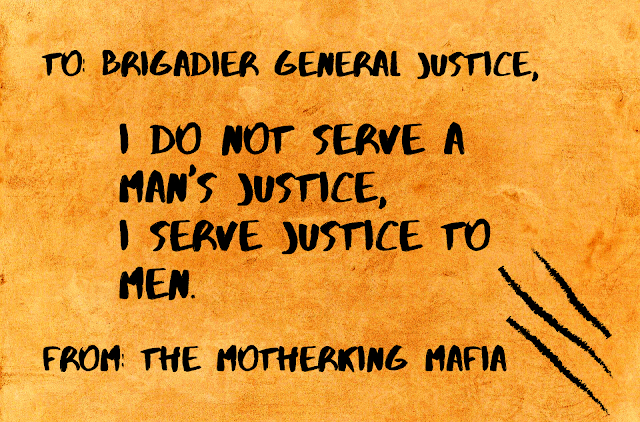 The time for war has now come.