After he turned the last page Michael started to reflect back on his own life and how much he was like his mother.  He wanted to be his own individual and he wanted to be free to express himself the way he wanted.  But it seemed that his individuality would only imprison him.  The question he was now faced with was this: How to be independent yet maintain a sense of discipline?

His mother told him that she and her brother were allowed to freely do what they did because it was for the benefit of their community.  King told him, "You have a choice, Michael.  You can either listen to the good within you or fall down into negativity.  Just because you want to do something a certain way doesn't mean you have to be a bad person.  Sometimes, the most evil are the ones that seduce you with what looks good."

Michael knew his mother was right.  The General looked like a god, he had everything handed to him on a silver platter.  But then Michael saw where the real suffering came from and it made him sick, so sick that he wanted to leave.  Suddenly he realized that there was a price that he was not willing to pay and it kept him a prisoner.

Then as if a lullaby were lulling him to sleep he heard the echo of his mother's voice, "Give first, unconditionally without expectation, then you will be rewarded."

That night Michael had a dream, waving the old American flag out in an open field feeling free with the light of the sun shining on him. 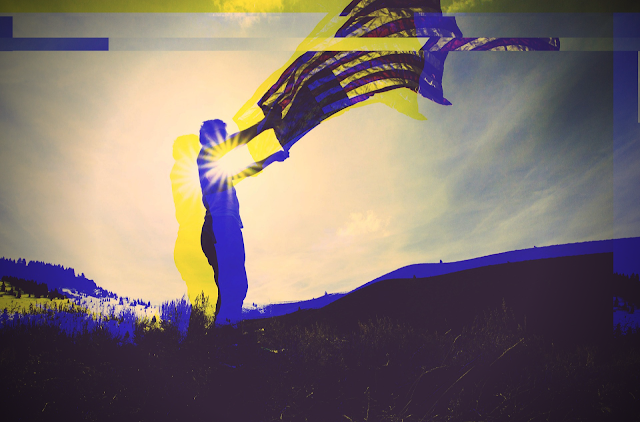 King watched her son fall asleep from outside their space, finally feeling at ease that he was back at home.  Then she felt a soft hand behind her back as the love of her life, the Commander, wrapped his arms around her.  He asked, "Did you tell him?"

"Not yet."  She replied, "I was thinking that it would be a great moment between a father and son to have."

"Your right.  Besides, I had the best viewpoint of the entire scene."  Said the Commander.
"And I would do it all over again for my baby."
"That's our baby." He corrected King.

"And for our world."
"I'm not going anywhere."  The Commander kept his arms around King and just held on.