Mother Matriarch was a kind and gentle woman with long brown hair, ice-blue eyes and light-brown creamy skin.  I immediately like her; something about her presence soothed me.  She welcomes me with open arms, a warm smile and a big hug.  Then she looked me strait in the eyes and said, "You are my child now and I am here for you.  It doesn't matter where you came from or what happened in your past, what matters is right now.  You have no other choice but to be part of this family circle.  Look around you, King; we have special people here from all walks of life with diverse talents.  Each and every person has something special to offer as do you.  You have something special to offer and it is up to us to find out what that is.  Here is your beginning, a moment to start over."

At first I didn't know what to say.  All I could do was look around, observing what the other people were doing.  Some of them looked my way and waved while others smiled as they walked by.  I wasn't use to people that were nice.  Then as my mind reflected on the mysterious place I asked Mother Matriarch, "Can I learn how to read?"  With my question came a determining look on her face as she knelt down to my level, "Yes you can and I know exactly who to teach you.  But first we must get your settled into your new home."

She introduced me to an older boy named Zi-Yen who had black hair and almost black, almond-shaped eyes.  He was to show me around and such, but he seemed bothered by the idea and would not even look at me.  Zi-Yen was another like me, who was lost bu then was found by Ivan.  Zi-Yen was also adopted by Mother Matriarch and became my older brother.  The three of us would share a swelling made of fabric called a tent, very different from Tech City's high-rise buildings.

After a few days of getting settled in I was sent the woman who would be my mentor, an aging woman with dark-skin called Nami.  Some people called her the "Voodoo Witch" and were scared of her.  I didn't know what that meant but I immediately took an interest and wanted to know more of who she was.  She kept her place away from the others, hidden among the trees.  She did not like to be around people and preferred to live in solitude. 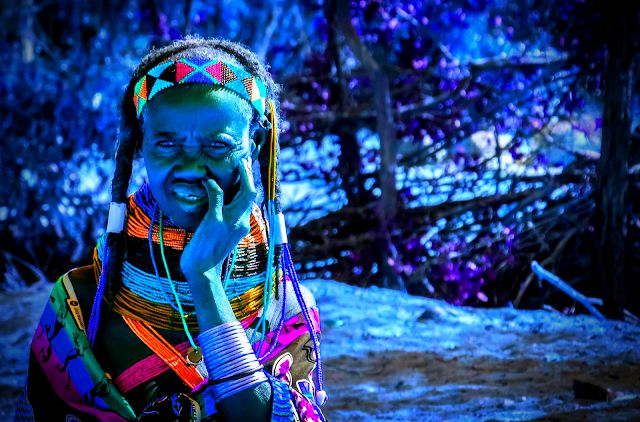 When I first came into the circle of rocks that surrounded her tent she screamed, "Get out!"  I was frightened at first but I wouldn't leave.  When she saw me still standing in her circle she came out to her doorway, "I say get out you lil' heathen!"  She shook some strange noise maker at me that was covered in feathers.

I yelled back, "I was sent here by Mother Matriarch!"  She looked at me funny then eased up a little asking, "Why?"

"Cause I want to learn how to read."

"Well...," she paused and then started to size-up my appearance, "...clean this place up.  First you clean.  See that pile of wood over there?  Move it to the side over here.  Then see all this rubbish?  Clean it up!  This place is filthy.  Well don't just stand there, clean it up!"

I jumped and scrambled to clean to clean her circle since I was eager to please this mysterious woman which demanded my respect.  Then when I finished she said, "Today you just learned your first lesson, how to clean.  Now go back and think about it.  Come back in morning."  Then she disappeared back into her dwelling.

Think about cleaning?  I was puzzled but I went back the next morning.  "You're back!" Nami said with excitement, "You are not a normal girl.  Get in here and clean!"

This time I got to go inside her tent.  Inside I saw an enormous array of trinkets and sparkling figurines hanging from the top.  I was dazzled staring at each piece.  "Don't you dare think of takin. " she said in a very low voice.  "There is a law around here, if you take without asking then something will be taken from you.  There is more to this world than you think, lil' Ki.  Now clean!"  I was handed a rag and made to dust all the trinkets with care.  As I wiped every piece I would inspect then with curiosity. 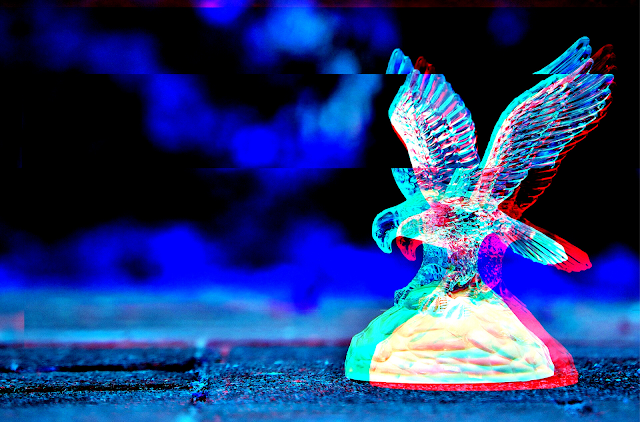 Some had wings and some had faces.  Some were of solid metal and some of glass,  When I finished her whole tent sparkled.  Then I was made to sit at a big round table of books.  Nami handed me one and I looked at the cover, it was a picture of a little girl holding a book.  "Now show me," she said and on her command I opened the thin book and looked at the first page.  I didn't know what to do so I looked at Nami with frustration and said, "I can't read."

"Yes you can.  Look at the pictures, you can figure it out.  Go outside and sit on that bench, practice.  You can do it!"

With a sad bewildered look on my face I went outside her tent and felt defeated.  At my secret spot I remember trying to figure out what the symbols meant, but I gave up.  This was different; I wanted to learn and had no other place to go.  So I sat on a wood log just outside Nami's tent and looked through the book.  "Practice!" Nami yelled at me from inside.  Then she came out and handed me more books.

I flipped through five of them, inspecting them, trying to figure out what the pictures were telling me.  I felt exhausted.  But after a few days of cleaning and satisfying my newfound mentor's mind, she showed me a different book, "I believe this is what you're after.  This book was written by the great Dr. Martin Luther King Jr., the man whom you named yourself after.  This is a reward, a gift to treasure always, still too complicated for you, yes.  You still need to practice more."  She swooped the book in front of my face then gave me more childrens books.

"Cause I know things," she said as she pointed to the book in my hand.  As I was looking through it I could feel her still watching me.  Then as if told by some unforeseen force she began to sing about children of the universe being sent here to bring the world back in order.  Then she came to sit by me on the log.  She told me that I was a very special child and that my life has great purpose.  I was told not to worry so much about the past, but instead to focus on the future.  Right now, all I could do was be a student, to learn as much as possible.  When the time was right I would be called by the forces to do a very special job.