As I was walking along a crumbled road I looked behind me and saw Tech City on the horizon.  I really wished for a mother and father to take me in, to care for me.  But I knew that was not going to happen so I just kept on walking.

The path that that lay before me was crumbling with grass growing in the cracks.  Then as I eyed the faded yellow and white lines I wondered where this would take me.  I was walking on its edge when I heard a rumble coming from behind me, so I ducked behind some bushes.  As soon as the source came into view I noticed that it was a man riding some mechanical beast!  He was an aged man with white hair halfway down his back and a full white beard and mustache.  I quickly ran out and yelled for him to stop.  At first he didn't hear me so I screamed again at the top of my lungs and waved my arms.  He looked back and finally noticed me, turning his mechanical beast around. 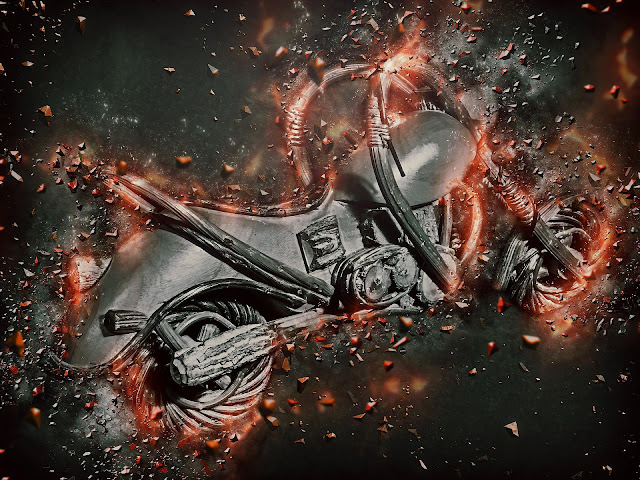 "What are you doing out here little girl?" he asked.
"Can I get a ride?"
"Do you have any sort of payment?" he asked with a smile.
"No," I said with a puzzled look on my face.
"Nothing in this life is for free little girl.  There must be something you can pay me with."
I held up my hands so that he could see I had nothing.
"Hop on and we'll figure something out.  Hold on!" he said as I got on the metal beast.  Soon we were sailing!  I could feel the rush of wind in my hair; it was almost as if we were flying!  The rumble of the beast was so loud yet the vibrations was soothing.

We then arrived at a place called a diner which looked prehistoric to me, but they had food.  We sat down and he asked me what my name was again.  I didn't want to say so with a colored crayon the diner's lady gave me I drew the image I saw from my secret place.  He said, "That says King."
"Yes that's it, King.  That's my name."
"That's an unusual name for a little girl.  How did you get a name like that?"
"I don't know."  I didn't want to tell him where it was from.  Then I quickly ate my food, stuffing it in my face to avoid talking.
"Say mister, what's your name?"
"Ivan the Terrible," was his reply.
"You don't seem so terrible to me."
"That's because you don't know me very well.  See these tattoos?"  He then lifted his shirt sleeve, showing me pictures and colors drawn into his skin.  I also saw a tear-drop drawn into his skin under his left eye.
"What do those mean?" I asked him.

"They mean that I've been to too far away places and have seen many scary things.  But this tear under my eye means that I'm always crying for my mother, God rest her soul.  She was so loving and so kind.  But for some reason she always fell for the wrong man.  I came home to her getting a beatin' just because she didn't clean the dishes when her boyfriends wanted.  So I gave him a beatin' he would never forget."  I could see the gaze in his eyes as he remembered his living nightmare.  So I told him a story similar to his, "I woke up one night to the screams of my mother and one of her boyfriends.  I got up out of bed and went down the hallway to listen, I wanted to know what they were fighting about.  Then I heard my mother yelling, telling her boyfriend to back off, to get way from her, and then I heard her gagging as if she was being choked.  I knew he was choking her so I screamed at the top of my lungs.  This must have startled him because I heard my mom screaming at me to call the police.  But when the police came she made me promise not to tell them what happened, she made me keep out problems a secret."

Ivan gave me a sad look and we finished our meal in silence.  I guess the old man felt sorry for me because he told me of a place he would take me, somewhere in the Freeland Territory.  He knew of a special lady that would take me in since he could not take care of me.  He said he was a loner, a vagabond and that we both knew he had to move on his own.

We rode the rest of the way in silence.  Next thing I knew we reached the outskirts of my new home.  To me everything was foreign, the place, the people, even the way they lived.  But Ivan reassured me that they people were a good people and that I will do well.  I was introduced to the lady named Mother Matriarch and then Ivan made a quick departure.  I would not see him again for some time. 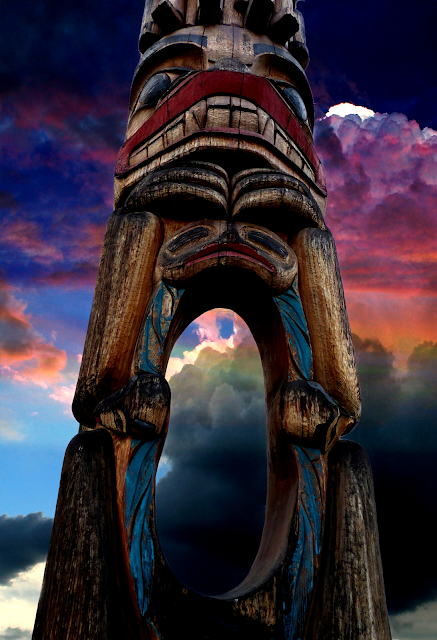