Nami, Ninja and I went back to the place we came from, in the woods of the valley.  There we found her old spot and set up her tent.  After we settled our things she took me for a long walk deep in the forest to a place that I never knew about.  She said this was a sacred place, only the privileged know.  I wonder why I never found it but Nami said I wasn't meant to find it until now.

"Stay here." she said, "You must stay here until night fall.  When there is no more light look up into the sky for the moon, when you see it ask for help.  Then you will receive a sign.  Remember what that sign is.  Pay close attention to everything that is going on around you.  If there is a bird then watch it.  If there is a slight wind remember the direction it blows.  Pay attention to everything then come back here.  You will then tell me exactly what happened after you asked for help.  Then we will figure out what it means.  But you must ask out loud, 'I ask to be healed.'  They will answer.  You can find your way back.  Ninja is to come with me."  Then Nami took Ninja and left me alone in the setting sun.

I spent some time looking around the sacred spot.  It had a group of grey rocks in the center and circle of rocks around it.  It did not seem like an elaborate place, just a simple area which could have been easily over-looked nestled in the woods.  I could tell that this place was not for a great number of people, only for a select few who wanted to keep this place quiet.  Dusk was quickly approaching so I settled on a little place just outside the circle.  Nami did not tell me where I should be so I just sat where I could.  I looked up in the sky to see the moon but I couldn't see it yet.  Then I got bored and dozed off into a light sleep. 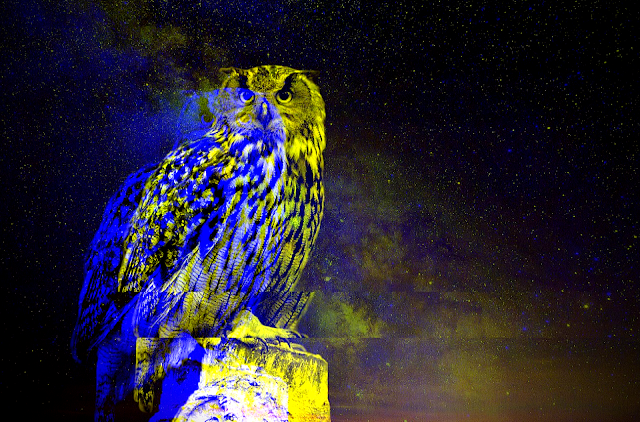 An owl startled me and I shook myself awake.  Somehow I managed to sleep throughout the entire setting of the sun.  It was completely dark and the moon barely peaked over the trees.  I then decided that I should wait until the moon was higher in the sky before I would ask the question.  The owl hooted again and then I started to watch the natural world around me.

I was to look for anything, for any bird, any small animal or even if there was a wind.  I noticed a group of white flowers off to the side of the circle.  I noticed how white they looked because it seemed like they were glowing.  Then I noticed I had a shadow on the ground.  As I looked up I saw that the moon was full.  Then I stood up, looked right into the moon and said, "I asked to be healed!"

Nothing.  I saw and heard nothing.  I thought that if I waited that maybe I could see something, but nothing happened.  Nami never said how long I was supposed to stay so I decided to leave.

Then I heard that owl hoot a third time.  I looked back at the site and saw the white flowers.  Then as I walked back to Nami I saw my moonlit shadow.  When she saw me she asked what happened and I said nothing happened.  She eyed me suspiciously and asked me to start from the time she left, what I saw.  I told her that I fell asleep but that an owl woke me up.

"Stop right there," she said, "you fell asleep?"
"Yes."
"Did you have a dream?"
"No."
"But you woke up to an owl hooting?"
"Yes."
"That is a sign.  What else?"
"Well, I saw some white flowers."
"You did?  How did they look?"
"I thought that they were glowing because they were so white.  They looked like they were part of a bush just outside the circle."
"Good.  What else?"
"Then I saw my shadow and noticed it was a full moon."
"So you saw your shadow first and then the moon?"
"Yes, then I asked to be healed.  What does all that mean, Nami?"
"It means I'm going to have to sleep on it.  Let me think and then we can talk in the morning."

I made a funny face in her direction but her back was turned.  Then I took Ninja out for a little walk in the moonlight.  I went to the place where my old tent used to stand and decided to build a small fire in the pit that was in front of it.  I felt comforted by the blaze and spent some time gazing into the hot orange timbers.  I could feel how my mind was hot with anger.  Then I noticed how the heat eventually died down as the fire got smaller.  I didn't want to keep the fire going; instead I watched the flame shrink until it was nothing.  As I watched it I could feel the flame of my anger also dying down into nothing, it was no more.

Then Ninja perked up.

It was a large brown female deer with two little fawns walking along the edge of the tree line.  Ninja and I kept still and watched them move towards us.  Then as if they caught Ninja's scent in the air they darted in the opposite direction.  I kept Ninja by my side, he knew he was not allowed to chase them.  But he still kept his full attention on the direction the group darted off to.  After a few moments I got up and went to go tell Nami what just happened.

"Now this is important," she said, "your anger died down with the fire?"
"Yes and then we saw a mother deer with her two babies."
"This is the message we were looking for, King."
"What do you mean?" 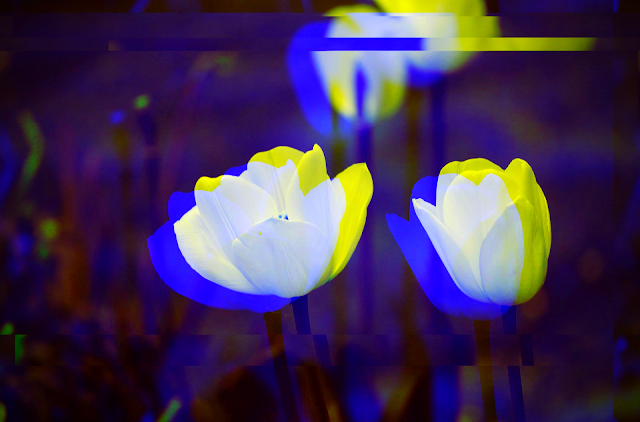 "The great Wise One, the owl, is looking after you.  Then you were given peace with the white flowers before you asked to be healed.  It means that help is already here, you just had to ask for it.  But, you are being reminded to ask, that is why you saw your shadow first.  Then for some reason you felt like building a fire.  By allowing your mind to dwell on the fire, watching it burn, was very vital to your healing, you had to watch your anger burn out since you were willing to let it go.  Then you saw a mother deer with her young, that is a sign from our Great Mother herself, she is looking after you and protecting you.  A mother entered into your presence showing you that you will also become a mother your self!"