I wanted to know more about Mother Matriarch's past so I asked her.  She gave me a weird look then looked around to see if anyone could hear.  Next she pulled me aside where no one could see us and drew a shape in the sand. 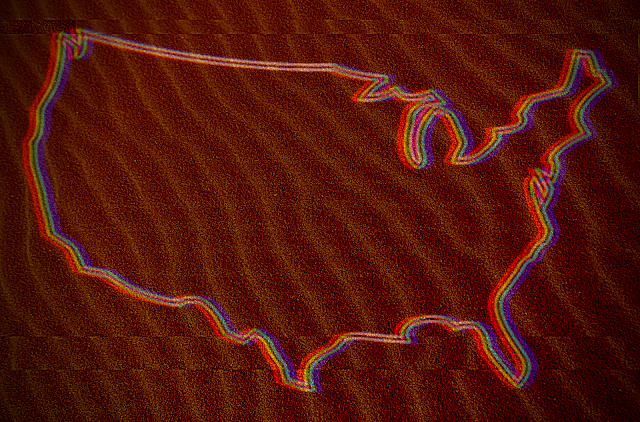 "Before there was a Tech City or any of this, our land was united as one country.  And, we kept track of the passing seasons.  During this time I was in the US Army under the General's command, in the cycle of year 2040.  We had the best military in the entire world, no other country on this Earth would dare go to war with us.  But unfortunately that did no save us from the plagues of diseases ravaging our country.  Our systems of laws and order were greatly weakened which gave our country's enemies the advantage to attack.  The General and I soon found ourselves fighting on our own soil, I was in charge leading the best men and women into battle fighting the enemy off of our home land.  As the enemy retreated they dropped several bombs carrying harmful viruses that killed many millions of people all over." 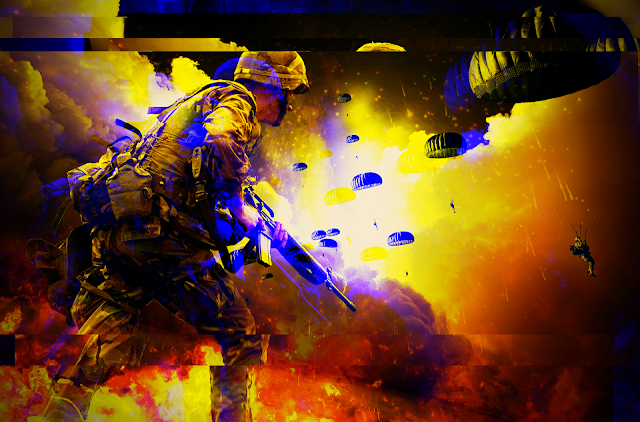 "Most of my troops perished and almost the entire population of this united country was wiped out.  Everything fell apart, our infrastructure, our power grids, our manufacturing, our entire way of life.  Some survivors grouped together and rebuilt their power grids like Tech City.  Other survivors wanted to live free and roam the Earth like the General and I.  We survived and formed a group with others.  Then something within him changed, his ego started to twist and he thought he was a god while wanting people to worship him.  I tried to make him snap out of it but then he got violent.  He hit me once and that was all before I unleashed a holy terror onto his face!  He forgot that I was a fighter and had a whole life before the Army.  So I left the General behind and ventured on my own as far away from him as I could get.  As fate would have it I crossed paths with Ivan again.  He took me even further away and we found more survivors on the road.  Ivan and I took it upon ourselves to lead the remaining survivors away from the General.  Then before we finally reached the location where you found us, we found Nami and her family."

I asked Mother, "How many cycles has it been since that war?"

"Well, if my calculations are correct, I'd say it's been about 30 cycles.  We might be in the year 2070, but who's counting?" as she ruffled up my hair on the top of my head.

She had a way of making me feel happy and I smiled and laughed, "I'm going to be a mighty leader just like you!"