Timothy showed us the way to the piles of metal in the place that became our playground.  There was a pile of dirty silver pipes in one area, then a pile of dusty gadgets and various odd rusty bits in another.  Timothy knew all the parts but I had no idea.  Towards the back of the yard we saw shells of the machine we rode back in, cases on wheels without their engines.  Timothy said he could take one of the shells, rebuild a motor and then from there we could test it out.  Mother thought it was a fantastic idea and that Timothy had a natural talent, a special purpose for our tribe.

Throughout the entire winter season we were busy transforming our new playground into a place for us to practice our warrior training.  I helped clean up around the tree house and Zi-Yen along with Nightwind would group different parts together according to what Timothy told them.  Little Latina Rey decided that she would separate some of the piles making it easier to find the little parts.  Ninja roamed and inspected the perimeter and situated himself so he could watch over all of us.  He was like our guard in case any trouble would find our way. 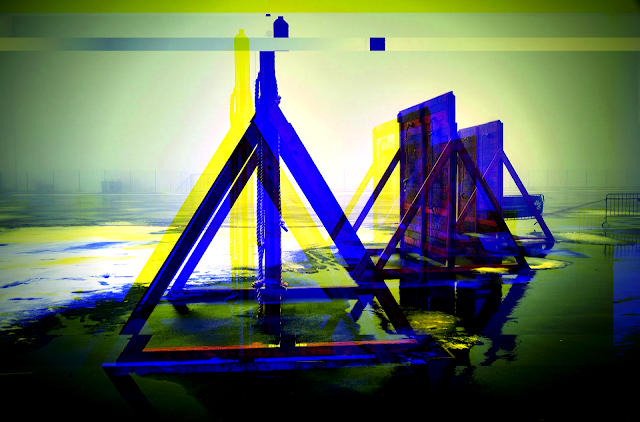 Zi-Yen said that it would be best to give our respect to these new beasts of metal.  He felt like we had been given a gift to help us in our times of need.  These parts were extensions of us, molded into new life by Timothy.

One day while Timothy was working on an engine on our new beast, Zi-Yen told him, "Now you're ready to join us in battle."
"I'm not a fighter." replied Timothy.
"But in a way you are, your're helping us with your mind." explained Nightwind.
"If ever we are to go to battle, your mind is right there with us, your energy is in these parts." said Zi-Yen.

"I guess your're right." As he finished with the engine, "This one is ready for a test drive."
Zi-Yen immediately jumped in the driver's seat followed by Nightwind in the passenger's seat.

"Let's do it!" said Zi-Yen with excitement.
"Not without these." said Timothy as he gave them helmets to wear, "Not sure how fast they'll go."

After putting on their helmets, Zi-Yen flipped the switch and went flying into a pile of nearby parts, crashing into a stop.

"Yeah, I'll start slow for now," as Zi-Yen and Nightwind climbed out of the vehicle looking as if they were in pain.

In the following days Zi-Yen and Nightwind got to practice driving some more and eventually got better.  Nightwind go the idea to set up fake Exiles around the course so we could practice throwing things at them while driving. 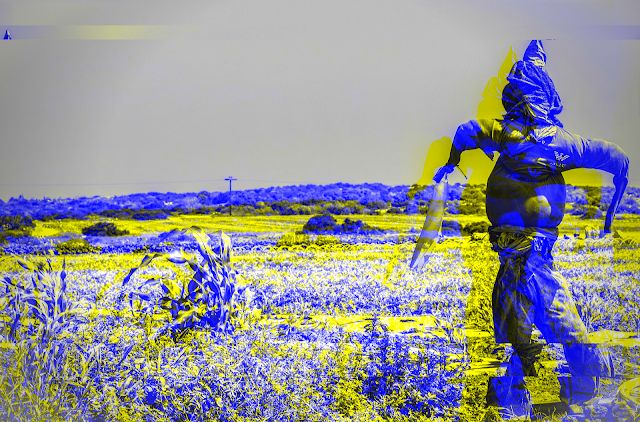 As we proudly stood back and admired our transformed playground we heard a small voice from Little Latina Rey behind us, "We make BOOM!" She pointed to a spot that none of us knew about.  Then when we looked under the covered pile we found a weapon of some kind.  Timothy looked at it closely and knew it was a small type of canon.  Then Latina Rey got behind it and peeked through a hole attached to the top of it, "Boom!  I go BOOM!"

"Yeah but what do we use to shoot out of it?" asked Zi-Yen
"They're made to shoot sand." replied Timothy.
"Outstanding." said Nightwind.

It took several days but Timothy made some adjustments and soon we had our beast!  We drove her around the obstacle course and took turns learning how to drive and throw at the same time.  Little Latina Rey was too small to drive it.  But Timothy made a place for her behind the sand canon and soon she was shooting at the fake Exiles, knocking them to the ground.  There were times when our beast would die down and Timothy was constantly having to make repairs.  So he worked on two more beasts in case one broke down, then we had the others to drive.

Then we made our way to Beach Town, each driving in our own metallic beast, Zi-Yen with Timothy, Nightwind in his own beast, and then me with Latina Rey and Ninja.  We had fun going over the sand dunes on the way.  When we arrived into town several people gasped with fright and Mother came running over thinking something was wrong, "What on Earth are you kids driving?"

No one expected the metal beastly faces on the front of our crafts.  But then Mother gave it a second thought and decided that it was the best piece of artwork that she had ever seen.

Nami also ran over to see what all the fuss was about, "Oh my lord, little terrors to protect us, imagine that." as she turned to Mother and gave her a little nod of approval, "The land is responding, I told you."

"What do you mean, Nami?" questioned Mother.

"I mean that the land has just given birth to a new creation.  These children created a vessel and they are becoming more empowered with Nature's spirit every step of the way.  Just watch 'em; they know what they're doing."

"But are these spirits good or bad?"

"Good for the children, great for us, bad for the people who dare cross their path.  Those faces on the front is just an expression.  Something wants other people to know they are coming.  They choose the mask to wear.  We are the ones looking from behind the mask while others out there will have to face it.  We must allow this to be what it is."

"Uh huh.  If that's your judgement, Nami, I can trust it." said Mother.

"Don't trust me, trust this land and trust its spirits."  After her talk with Mother, Nami went back to what she was doing.